Germany chokes gas supply to Russia to a fifth of capacity 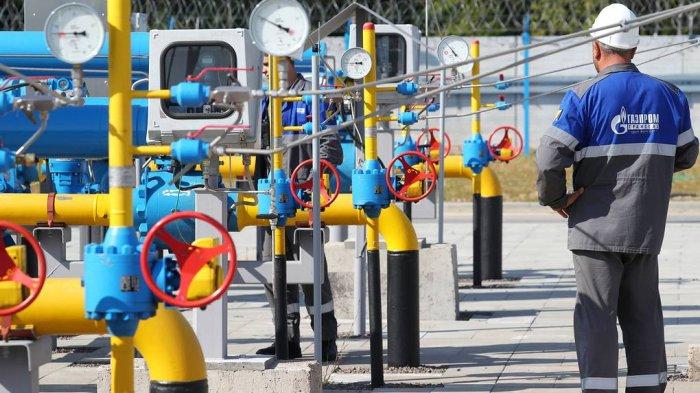 TRIBUNNEWS.COM – Germany is suffering even more from dwindling energy supplies from Russia. Today, gas shipments from Russia represent only 20% of their capacity.

Siemens Energy CEO Christian Bruch previously said the German company had met all requirements to return the repaired turbine to Russia. According to Bruch, the company was “very interested” in moving the process forward and blamed missing documents on the Russian side for the delay.

“The sanctions regime of Canada, the European Union, the United Kingdom and the inconsistency of the current situation with the current contractual obligations on the part of Siemens led to the delivery of the 073 engine to [stasiun kompresor] Portovaya is impossible,” Gazprom said on Wednesday.

German Chancellor Olaf Scholz visited the Siemens factory in Mülheim an der Ruhr on Tuesday and inspected the Nord Stream turbine there. According to Scholz, the turbines are ready for operation and can be delivered to Russia.

In mid-June, Gazprom cut gas supply through Nord Stream to 40% because Germany-based Siemens failed to return the turbines in time after repairs in Canada, due to sanctions. At the urging of Berlin, Canada agrees to send equipment to Germany, then to Russia. On July 25, Gazprom confirmed that it had received documents for the turbine from Siemens.

On July 27, Russian gas supplies to Europe via the Nord Stream fell to 20% of their peak level as Gazprom deactivated another gas turbine engine at the Portovaya compressor station.

Vitaly Markelov, deputy director of Gazprom, said Siemens failed to fulfill its obligation to repair a faulty engine for Nord Stream. According to Markelov, several compressor station machines are currently idle due to an emergency breakdown, as Siemens has not repaired them.

On July 29, Markelov said Canada’s delivery of turbines to Germany, not Russia, was not in accordance with the contract. In addition, he said that Gazprom has not yet received a complete set of documents from Siemens allowing the transport and repair of engines for gas pipelines.

The compressor station at the starting point of the Nord Stream 1 gas pipeline between Russia and Germany is severely lacking in working equipment, according to turbine manufacturer Siemens Energy.

Only one turbine is currently operating at the facility, Siemens Energy CEO Christian Bruch said on Wednesday, while five turbines are needed to keep the pipeline pumping at 100% capacity.

Read also: Duh, millions of German citizens are starting to use firewood heating

Bruch’s comments came after German Chancellor Olaf Scholz visited the Siemens Energy site in northwestern Germany, where the company stores turbines to be sent back to Russia after repairs in Canada.

“It is in our interest, with the support of the German government, to return these turbines to Russia,” Bruch said.

In recent weeks, gas flow to the EU via Nord Stream 1 has been reduced to around a fifth of its capacity, following the delay in the return of the first Siemens turbine and the closure of the second turbine, which was due to be fixed. (Russia today)