Hubert Hurkacz knocks out Denis Shapovalov at the Australian Open 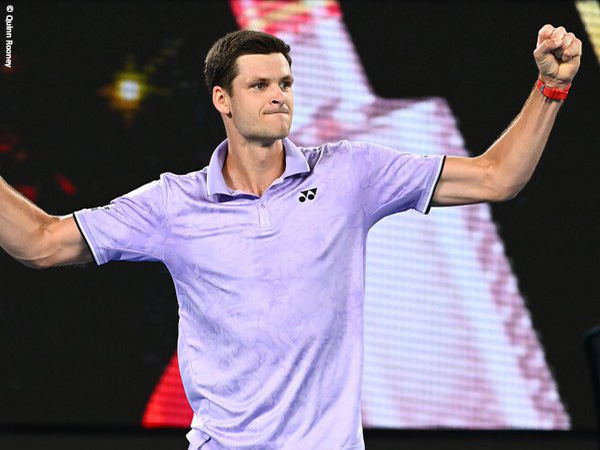 Tennis News: Hubert Hurkacz struggled to survive the toughness of Denis Shapovalov midway through the third round of the Australian Open in Melbourne in the 2023 season.

The Polish tennis player has booked a place in the fourth round of the Australian Open for the first time in her career after beating Canadian Shapovalov 7-6, 6-4, 1-6, 4-6, 6- 3 after 3 hours and 40 minutes.

Competing at Margaret Court Arena, the tenth seed took control of the match early on, including drawing 18 winners in the opening two sets to take the lead. However, the Canadian tennis player refused to give up.

The world No. 22 raised the level of her game to force a deciding set, including moving into the baseline area to attack with more precision and power with her backhand.

In a close fifth set, the tenth seed was the one to gain momentum. The world number 11 had his only break in game six and won 91% of his first service points to now lead 4-1 in his head-to-head against Shapovalov.

“After leading by two sets, Denis then started to play some really good matches. He’s a tough competitor, so I hope you all enjoy the game we played,” Hurkacz said.

“I have to find a rhythm on my serve. I knew I had to see a return game but I was just trying to hold on. It was really fierce. He played very well. He is very fierce but very fun to play. The crowd gave a lot of energy.”

Waiting for Hurkacz in the fourth round is 29th seed Sebastian Korda, who surprisingly managed to knock out seventh seed and Australian Open 2022 runner-up Daniil Medvedev 7-6, 6-3, 7 -6.