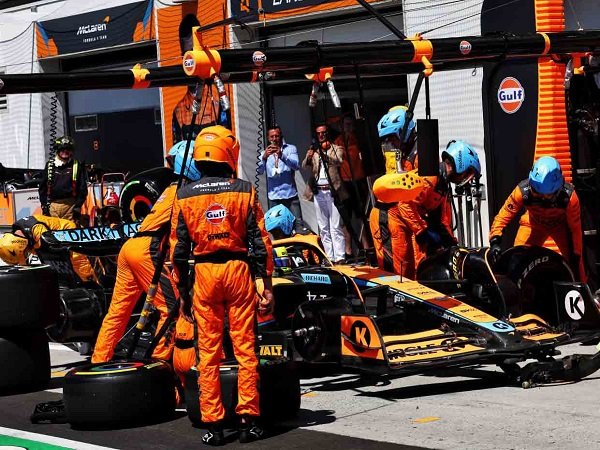 F1 News: McLaren boss Andreas Seidl has confirmed his team learned many valuable lessons from the poor results of the Canadian F1 GP last weekend. The racing duo, Daniel Ricciardo and Lando Norris, had to settle for returning home empty-handed.

Lando Norris has been struggling since the qualifying session. His car’s power unit sensor was damaged, so the team crew had to replace the component on race day. Starting the race from 14th place, Norris was also further hampered by poor communication within the McLaren crew. At the entrance to the pits, the team’s team still did not seem to have finished changing Daniel Ricciardo’s tyres. Norris was forced to wait and lost valuable time.

As a result, the fatal error saw Norris finish in 15th place, and Ricciardo could only be placed 11th. Both results were not enough for McLaren to grab points at Circuit Gilles Villeneuve. This lesson was learned and Seidl stressed that his party would soon improve.

“Obviously it was a disappointing day for us, a disappointing weekend for various reasons. Reliability issues, operational issues in the race as well. rhythm and where we want to be,” Seidl said.

“If you look at both races there is a trend where we have regressed compared to Alpine. Some other cars are also showing signs of rapid improvement, for example the Aston Martin on Friday. It is clear that we have to improve in various areas, as I mentioned earlier, namely reliability, operation, performance and ensuring that we continue to fight for P4.”