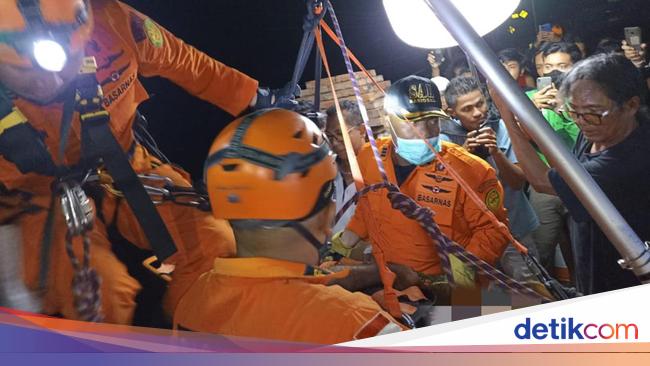 The report received from Balawista indicated that the victim was a man with the initials HSA (35).

According to reports, someone is suspected to have fallen off the bridge, as a motorcycle was found around the bridge.

The height of the bridge to the ground is estimated at 50 meters.

“Looking at the evacuation ground, the team is equipped with equipment mountaineering,” he explained.

The evacuation process lasted nearly an hour. “When personnel were dispatched to check on the condition of the victim, it was found that he was still safe, and as soon as possible a stretcher was lowered to lift the victim onto the deck,” Gede Darmada said. .

According to him, the evacuation takes quite a long time, because it takes into account the condition of the victims who have fallen from the bridge.

“The transfer of the victim really requires caution and precision, so the joint SAR team finally managed to help the victim under safe conditions,” Darmada concluded.

After being evacuated, the victim received first aid and was transported by ambulance from Banser Badung district to Bali Jimbaran Hospital.

The victim was seen to be suffering from injuries and, upon initial diagnosis, he had a broken left arm.