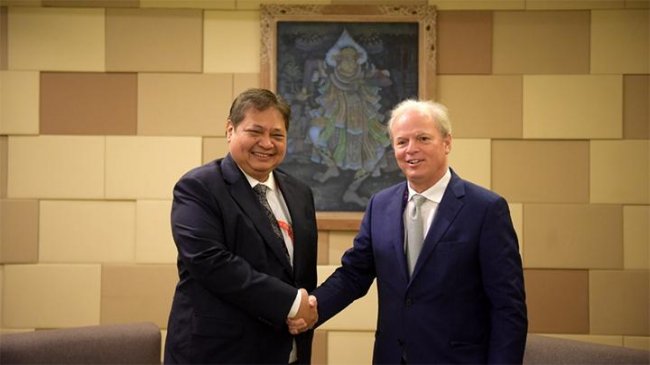 “The World Bank is ready to support the steps energetic transition in Indonesia to reduce carbon emissions, among other things through the development of new renewable energies such as solar, wind and hydropower,” Trotsenburg said in meeting with Coordinating Minister of Economy Airlangga Hartarto, on the sidelines of the Business 20 (B20) summit in Nusa Dua, Bali, on Monday, November 14, 2022.

Airlangga also explained that Indonesia will continue to encourage the use renewable energy prioritizing sustainable principles with the aim of transforming the Indonesian economy.

In order to face the current economic challenges, the government would make sure to maintain jobs and avoid the effects of a deeper economic downturn, such as extreme poverty.

Apart from this, Airlangga also explained that Indonesia was able to maintain the level of the economy while showing a positive trend in 2022, where Indonesia saw a positive growth of 5.72% in the 3rd quarter. .

“Indonesia is currently developing hydroelectric power in the North Kalimantan region. Later, the electricity generated will not only be used to meet Indonesia’s needs, but can be sold to Brunei Darussalam and the Philippines” , said Airlangga. Furthermore, the World Bank is also ready to share its experience and expertise with Indonesia.

As for this meeting, Airlangga was accompanied by Chairman of Commission I DPR RI Meutya Hafid, Coordinating Secretary for Economy Susiwijono Moegiarso, Chairman of KADIN Arsjad Rasjid, Vice Chairman of KADIN Shinta Kamdani and Deputy Minister Deputy for Europe, Africa and the Middle East. Economic Cooperation at the Coordinating Ministry of Economic Affairs Fajar Wirawan Harijo.

Meanwhile, from the World Bank, Axel van Trotsenburg was accompanied by the head of the World Bank’s representative for Indonesia and Timor Leste Satu Kahkonen.

Read also : Frequently giving debt, what is the difference between the IMF and the World Bank?