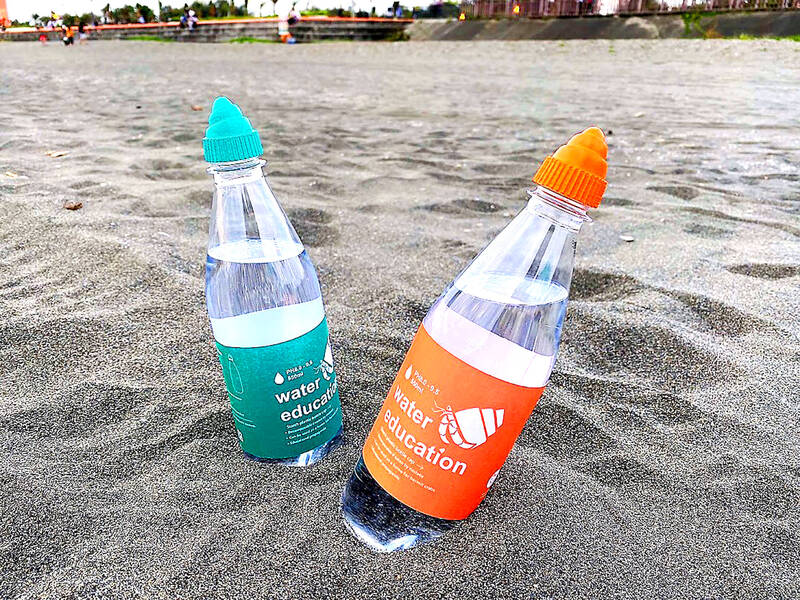 According to results announced yesterday, the Taiwanese-designed biodegradable crab that won gold at this year’s Global Invention and Innovation Competition in South Korea won gold, with Taiwan taking first place.

The competition attracted 243 entrants from 12 countries, including Taiwan which submitted 51 inventions, as well as Canada, Indonesia, Malaysia, the Philippines, South Korea, Thailand and Turkey.

Made from Plastarch – a biodegradable thermoplastic resin derived from cornstarch – the lid acts as a home for hermit crabs before they rot.

Many hermit crabs are forced to use bottle caps as homes, Chen said, because people typically throw seaweed from the beach that the crustaceans use, and without a proper shell to live on, they can die.

The team designed a waterproof coating on the edible wax lid, which will not harm seabirds if accidentally swallowed.

Chen said he hoped the hat would raise awareness about safety.

The team patented the hat.

They applied for a patent for a project funded by the National Science and Technology Council.

Other gold-winning innovations include interactive picture books developed by a team led by Yen Ying-Hung (閆嬰紅) of the East Asian University of Science and Technology; The Intelligent Pressure Testing System for Table Tennis Players was designed by Tsai Meng-hsien (蔡孟勳) and his students from National Chung Hsing University; and the speed bottle invented by Liu Wei-wu (劉緯武) and his students at Hanguo Dellin University of Technology.

Comments will be reviewed. Keep comments relevant to the article. Comments containing harassing and obscenity, personal attacks or endorsements will be removed and users banned. The final decision will be at the discretion of The Taipei Times.