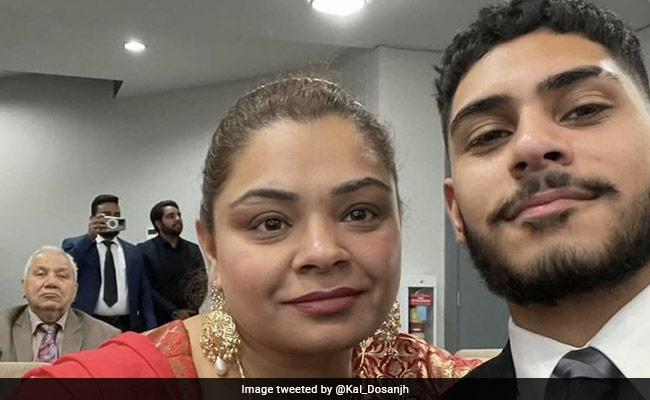 Tareen Lal’s mother said she spoke to her shortly before the incident was reported. (submit)

A 17-year-old Sikh boy has died in a horrific accident after losing control of his car in British Columbia, Canada, according to media reports. City News Vancouver reported that Taryn Lal was returning home earlier this month when the car she was traveling in left the Fraser Highway in Langley, British Columbia.

According to the news station Global News Canada, the force of the accident on January 7 was such that it leveled fences and uprooted trees.

Lal’s mother, Sarabjit Nanara Lal, told OMNI News that she spoke to him shortly before the incident was reported.

He told OMNI News: ‘I hung up the phone and went to take a shower. When I got back, his dad was on the phone checking the car,” according to the report.

He said apart from the heavy rain, nothing else was known about the possible cause of the accident.

Mr Lal’s family told Global News he was a good student at Tamanawis High School in Surrey and was heavily involved in sport.

He started a GoFundMe fundraiser to help his family with funeral costs, calling him a “loving son, protective older brother, unforgettable friend and wonderful role model to those around him.”

(Except for the title, this story has not been edited by NDTV staff and is published from a syndicated feed.)

Delhi man attacks neighbor with acid after fight with dog