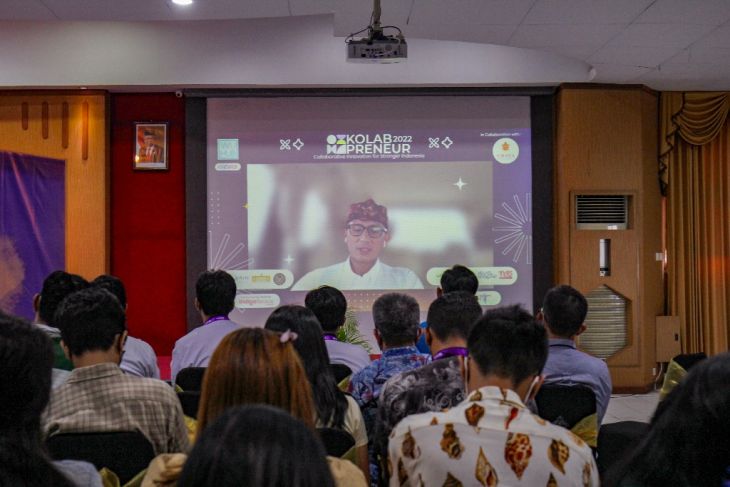 Surabaya (ANTARA) – Minister of Tourism and Creative Economy (Menparekraf) Sandiaga Salahuddin Uno has urged students at the University of Surabaya to consume local entertainment products so they can go beyond Korea .

“If we are committed to consuming local entertainment, God willing, Indonesia can surpass Korea in the next five to ten years,” Sandiaga said during the virtual opening of the “Kolabpreneur 2022” event which will was held at the Ubaya campus on Thursday.

Sandiaga said Indonesian tourism has climbed 12 ranks. The increase, he said, was due to the fact that President Joko Widodo had a policy to empower local MSMEs.

“We should not only be proud, but we should also use Indonesian products. With the spirit of 3G, namely gercep (fast motion), gas pol, work on it immediately, I’m sure you can become people who succeed,” he said.

“We are open to all ideas aimed at strengthening human resources, such as the Kolabpreneur 2022,” he said.

He appreciated the participants who took part in this activity. According to Abetnego, this event is not only a space to develop capacities, but also an important network for the future.

Kolabpreneur 2022 will be held for four days, September 22-25, 2022. Kolabpreneur is a nationwide activity initiated by WU Hub Coworking Space.

founders Kolabpreneur Aprilando Suryokusumo said his party had no hesitation in choosing Ubaya as the venue for Kolabpreneur 2022 due to its success as the first private university in East Java.

“Therefore, we are sure that this event will be a success thanks to the full support of Ubaya. We also hope that after this there will be other collaborations in the form of startup incubation programs or needs of network of WU Hub for Ubaya that we will be able to facilitate”, he said.

Meanwhile, Ubaya’s Chancellor, Dr. Ir. Benny Lianto, MMBAT said his campus is really supporting the development of entrepreneurship among the younger generation through this event.

“Ubaya wants to create an enabling climate that creates a culture of innovation within the university community,” he added.

He hopes that after this event, students can further develop their collaboration skills and have a sustainable entrepreneurial spirit.