Rows of beautiful mosques in Russia 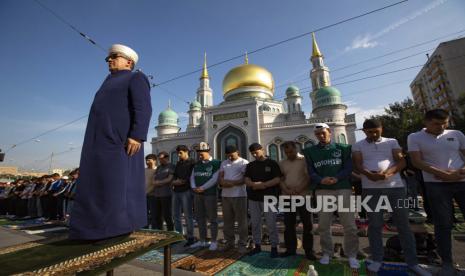 Islam is the second largest religion in Russia.

REPUBLIKA.CO.ID, CHECHNYA — Islam is the second largest religion in Russia. Russia is dotted with many mosques.

In the Chechnya region alone, there are more than 1,200 mosques, reports Russia beyondthey chose the one that was the most magnificent, not only from the outside, but also from the inside.

This mosque is the tallest in all of Eastern Europe with a minaret measuring 78 meters. The mosque is located in Moscow next to the Olimpiyskiy stadium.

Places of worship were actively closed during the Stalin era and turned into storerooms and other secular functional spaces, or simply demolished. However, not with the Cathedral Mosque.

The mosque, which was built in 1904 by textile merchant Salih Erzin, has never been closed. During official visits to Moscow, the Soviet Union wishing to strengthen its relations with the Islamic world often brought dignitaries from the Middle East to the mosque.

The mosque as it is today is not a reconstruction of the old one, but a new building built in 2015. The mosque was built on 131 supports as the underground river ‘Naprudnaya’ flows directly below and it there is a metro line nearby.

Three of the six floors are used for worship. There are small and large prayer halls in the building (the smallest is actually a replica of the old cathedral mosque, which existed until 2011).

There are balconies located all around the building. The mosque can accommodate up to 10,000 people. The marble was imported from Canada (a type more resistant to cold climates), while the main 1.5 ton crystal chandelier and ornate front door were gifts from the Turkish government.