Ronaldinho watches football and basketball before going to Rans FC 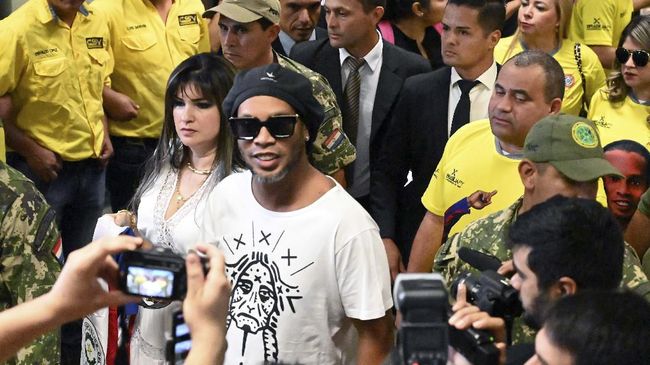 Ronaldinho, who would defend Rans Cilegon in a friendly next June, is currently spending time in the United States and Canada.

The former Paris Saint-Germain player has uploaded the latest activities on his social media account.

Apart from watching live football matches, Ronaldinho also did not miss the opportunity to watch the most prestigious basketball event in the world.

In another upload, Ronaldinho posted a photo when he was at Scotiabank Arena, which is the home of the Toronto Raptors.

On this occasion, Ronaldinho also took pictures with Miami Heat players traveling to Toronto such as Kyle Lowry and Jimmy Butler.

Ronaldinho’s arrival appeared to be a blessing for the two clubs in Canada’s most populous city as Toronto FC and the Toronto Raptors both won.

Last week, Ronaldinho announced that he was traveling to Indonesia to join Rans FC. Meanwhile, Rans Cilegon officials such as Raffi Ahmada and Roofi Ardian are also optimistic about the world football legend’s presence amidst this year.