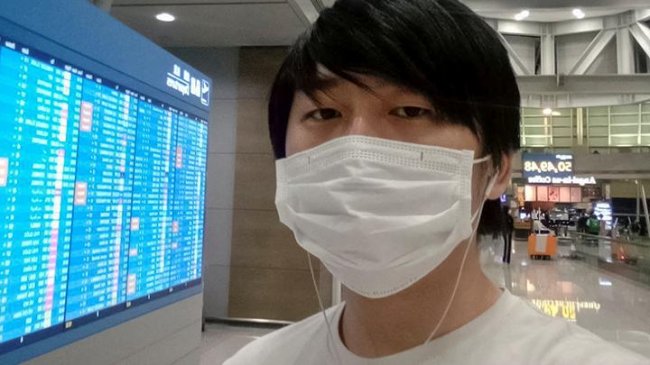 TEMPO.CO, Jakarta – For two months, Vladimir Maraktayev has been living in the departure lounge of Incheon airport, in South Korea. The fate of the 23-year-old Russian citizen is now at an impasse because he tried to escape from military service commissioned by Russian President Vladimir Putin.

Read also : Russian conscription: Lawyers inundated with clients for advice on how to escape

On September 24, after receiving a draft calling for military service in Ukraine during Russia’s “partial mobilization”, the linguistics student left his home in the Siberian city of Ulan-Ude. He then crossed the border into neighboring Mongolia.

After traveling to the Philippines, he flew to South Korea on November 12, hoping to gain refugee status in what he considers one of Asia’s most stable democracies.

He applied for refugee status upon arrival, but South Korean authorities denied his application. They considered that fleeing military service was not a valid reason for obtaining asylum.

After six days in the detention center, he was sent back to Incheon Airport. Maraktayev has not left since then.

Maraktayev has appealed the verdict, which means he cannot yet be deported from South Korea and must remain inside the terminal pending the results.

Maraktayev is one of five Russian men currently stranded at the country’s main international airport, Incheon, waiting for their asylum applications to be lodged.

“My life is like groundhog day“, says Maraktayev. He says his days consist of walking around airport lounges and trying to read books and learn Korean. “All day I do practically nothing.

He said he and his colleagues lived in a small room outside the airport departure lounge, where they slept on blankets on a raised floor. They could shower, but hot water was limited and they had to wash clothes by hand.

Although he has little money, Russian bank cards having largely ceased to work outside several countries, he accepts food from the South Korean Ministry of Justice.

“All I had for a long time was money that I took when I left the house,” he said. “On New Years, I buy myself coffee because I feel like I have to treat myself.”

Despite the circumstances, he said staying at the airport was a “lesser crime” than returning to Russia, where he believed he would be arrested upon arrival.

His native Buryatia has witnessed one of Russia’s most aggressive mobilizations, and he says one of his closest classmates was killed in Ukraine.

“Just two weeks ago I learned that my friend from high school passed away in the fall. They didn’t even know if his body could be salvaged or not. That’s something I would never even wish for. to my worst enemy.”