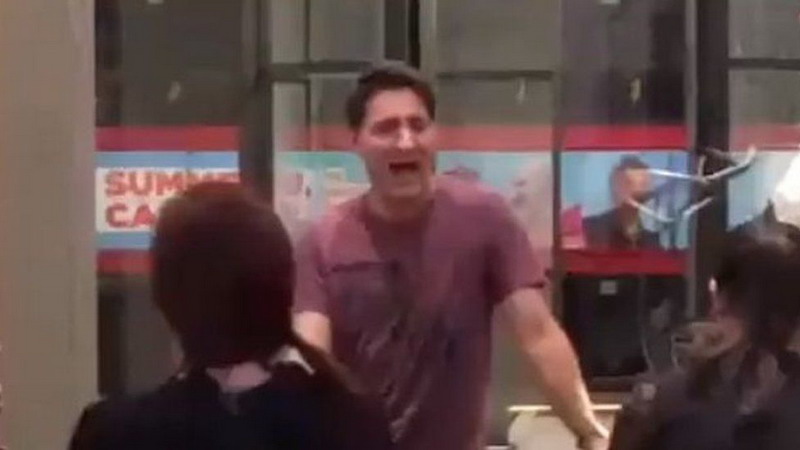 LONDON – Prime Minister (PM) of Canada Justin Trudeau became the target of criticism after a video that went viral on social media showed her singing “Bohemian Rhapsody” Queen rock band at the hotel ahead of Queen Elizabeth’s funeral.

Queen Elizabeth is Canada’s head of state and Trudeau has designated September 19 as Canada’s national day of mourning. His critics accuse Trudeau of disrespecting Queen Elizabeth with his musical act.


proclaimed BBC, the video was shared on social media and was confirmed as authentic by the Prime Minister’s spokesperson, but it is not known who recorded it. The video was recorded at the Corinthia Hotel, London, England, where the Canadian delegation was staying, on Saturday evening September 17.

In the video, Trudeau is seen wearing a t-shirt, leaning on the piano while Gregory Charles, a Quebec musician and recipient of the Order of Canada, plays Bohemian Rhapsody.

The PM can be heard singing the lyrics to the famous song: “easy come, easy go, little high, little low”.

To Canadian Newspapers Globe and Mail Charles said they sang together for two hours and it was “a lot of fun”. Charles said the event reminded him of Caribbean funerals by mixing dark moments with those that celebrate life.

But the video drew criticism from some Canadian commentators and members of the public.

“He was Prime Minister, in a public place, the day before the Queen’s funeral. And that’s how he behaved?”

Vivian Bercovici, former Canadian Ambassador to Israel, said: “He was the Prime Minister of Canada who represented Canada in a week of mourning for the Queen. Our Head of State. It’s not about Justin. But he has to grow.”

Read also : Prioritize your health and your family

Trudeau’s office defended the prime minister with his spokesperson saying: “After dinner on Saturday, the prime minister joined a small meeting with members of the Canadian delegation, who had gathered to make tribute to the life and service of Her Majesty.

“Gregory Charles, a renowned musician from Quebec and recipient of the Order of Canada, played the piano in the lobby of the hotel, which led several members of the delegation, including the Prime Minister, to join.

The spokesperson pointed out that “the Prime Minister took part in various activities to pay tribute to the Queen”.