Putin: The West is at the forefront of stealing from other countries 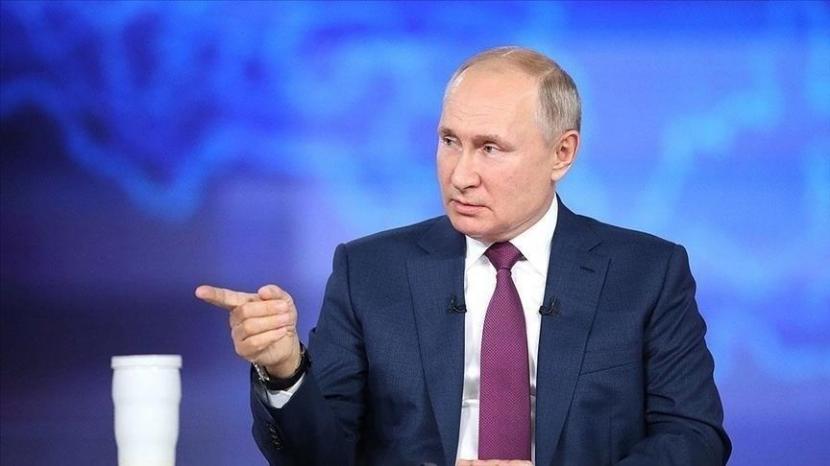 Speaking at a plenary session of the Strategic Initiative Agency – an autonomous non-profit organization founded by the Russian government – Putin stressed that a “new era” would be in world history. He added that only truly sovereign countries can demonstrate high growth momentum.

“Russia must move forward, it is unacceptable to just be complacent and rejoice in the successes of our ancestors,” he said.

Putin noted that the West’s so-called “golden billion” model unfairly divides people into first and second classes and labels them “racists and neocolonials.”

The unipolar world order is the brake on development, Putin said.

Speaking on the gas station issue, Putin claimed that Canada did not want to supply turbines for the Nord Stream gas pipeline, not because of Russia’s “special military operation”, but because it wanted produce its own oil and gas.

“To sit on foreign technology all the time is to sink into a shameful dependency, the withdrawal of foreigners forcing Russia to move,” said the Russian leader.

Putin also questioned the quality of the repair of the turbine, which he said should be sent back from Canada.

As problems with natural gas supply persist, Russian energy giant Gazprom has announced that it is unable to guarantee gas delivery due to problems with gas suppliers.

The turbine, which was repaired by German industrial giant Siemens in Canada, was decided to be sent to Germany instead of Russia due to the ongoing Russian-Ukrainian war.

Gazprom has reduced the flow of natural gas to Europe citing the lack of turbines.