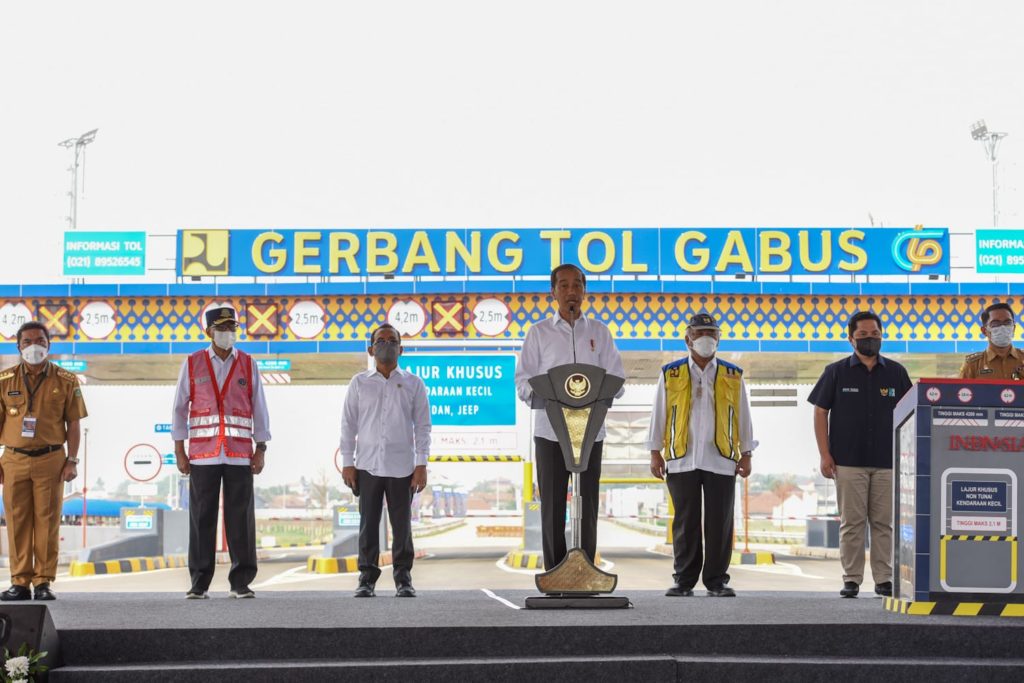 “By saying bismillahirrahmanirrahim, this morning I inaugurated Cibitung-Cilincing Toll Road and Serpong-Balaraja Toll Road Section 1 which we will soon be able to operate,” the President said during the inauguration.

The president said the presence of the 27.2 kilometer Cibitung-Cilincing Toll Road will speed up the mobility of goods, especially goods from the northern industrial areas of Bekasi and also from the logistics areas of Karawang and Bekasi.

“Very quickly, the Cibitung-Cilincing Toll Road will be delivered to ports in North Jakarta. This speed will facilitate the mobility of goods and of course with this speed will enhance the competitiveness of Indonesian products for export,” he said.

The head of state also hopes that the Cibitung-Cilincing toll road, which was taken over by PT Pelindo in PT Waskita Karya, will be able to service logistics trucks.

“It is hoped that it can provide services for container trucks of goods to be exported as well as imported goods that will go from the industrial zones to the existing logistics zone,” he said.

Cibitung-Cilincing Toll Road is part of Jakarta Outer Ring Road (JORR) 2. Overall, JORR 2 is expected to be completed by the end of 2023. Meanwhile, Serpong-Balaraja Toll Road of 5 .1 kilometers is part of JORR 3. JORR 2 and JORR 3 are expected to reduce congestion levels at DKI Jakarta.

“Later, when JORR 2 and JORR 3 are finished, from west to east, from east to west, you don’t have to drive through Central Jakarta, it will reduce congestion in DKI Jakarta,” he said. he concluded.

The inauguration procession continued with the tapping of an electronic card and the signing of the registration by President Joko Widodo. The President then inspected the container trucks that passed through the toll.