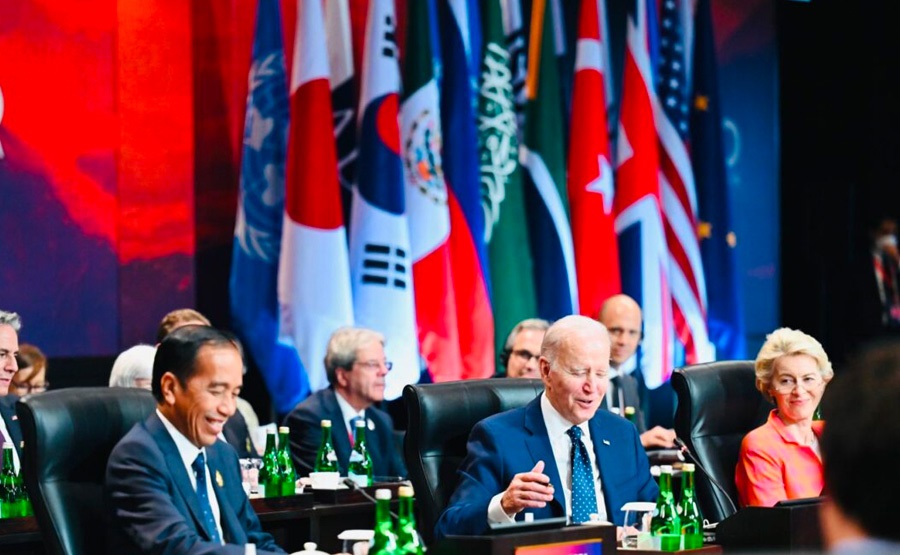 Nusa Dua: on the sidelines High Level Meeting of the Indonesian G20 Presidency, the Global Partnership for Infrastructure and Investment (PGII) meeting was held in Bali. PGII is a collaborative effort Member of the G7 namely the US, UK, Italy, Japan, Germany, Canada and France which were first launched in June 2021 at the 47th G7 Summit in the UK.

PGII has pledged over the next five years to invest $600 billion in loans and grants for sustainable infrastructure projects for developing countries.

This activity is the right time to show commitment to accelerating investment in quality infrastructure in poor and middle-income countries around the world and to strengthening the global economy. During the meeting, Coordinating Minister of Economy Airlangga Hartarto accompanied President Joko Widodo.

Opening the event, President Biden presented PGII’s progress and impact to date, announced new projects, and provided concrete examples of the role of the United States and its partners in working together to raise capital for development. quality infrastructure and sustainable development.

Biden said the US government officially announced the new PGII project among other partnerships Partnership for a just energy transition (JETP) which mobilized USD 20 billion in public and private sector funding for Indonesia, and the Indonesia Millennium Challenge Corporation (MCC) Compact which successfully launched USD 698 million.

This includes reducing fiscal space. The support provided by IIMP must be led by the country and according to the real needs of the country of destination. In addition, PGII should also make consultation and dialogue with beneficiary countries the main guideline.

“Infrastructure development should empower the local community and economy to have a high sense of belonging, as well as support developing countries to build capacity and self-sufficiency. In this way, developing countries can be more resilient to global challenges in the future,” says Jokowi.

President Joko Widodo also said on this occasion that PGII’s efforts to support infrastructure development in developing countries must be based on a collaborative paradigm. PGII was asked to involve more stakeholders, including the private sector, which is seen to bring real benefits.

“The PGII must also produce support for sustainable development, in particular through green development and the energy transition,” he said.

President Von der Leyen believes that the PGII meeting on the sidelines of the G20 summit in Bali can determine the global economic situation. “We believe that partnerships can be a game-changer for two reasons. First, PGII not only invests large amounts of capital in infrastructure, but also invests in the local capacity of our partners,” said Chairman Von der Leyen. .

Furthermore, on this occasion, the Coordinating Minister of Airlangga played the role of moderator and invited Germany, South Korea, Senegal, Canada, Argentina, Great Britain and India to share their views. In the last session of the activity, President Biden closed the PGII meeting.