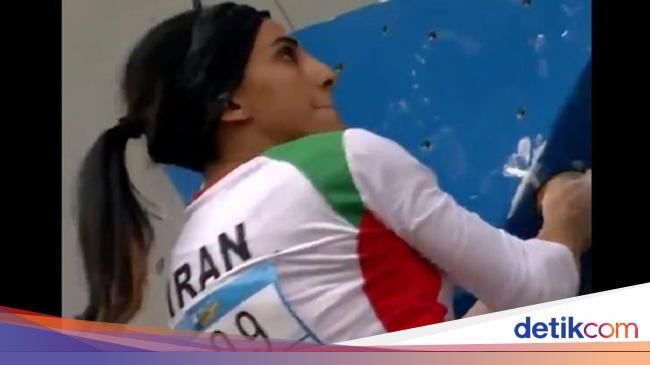 The international community sounded the alarm on Tuesday (10/18) over the safety of Iranian athlete Elnaz Rekabi, after he competed without wearing a hijab during a competition in South Korea. He is believed to have been missing since the competition, according to various reports.

The 33-year-old competed at the International Climbing Federation Championships in Seoul, South Korea on Sunday (10/16) while not wearing the compulsory veil for Iranian women.

Concerns arose over Rekabi’s fate after anti-government protests erupted in Iran against government policy requiring the wearing of headscarves.

What do we know about the Iranian athlete?

The Iranian embassy in South Korea said Rekabi flew out of Seoul on Tuesday. However, it is feared that he will be severely punished upon his return to his country.

IranWire and BBC Persian reported that Iranian officials withheld Rekabi’s phone and passport while he was in Seoul. The BBC reported that the athlete was due to leave South Korea on Wednesday (10/19), but his departure was abruptly accelerated.

In a post on his Instagram account, Rekabi apologized on Tuesday (10/18) for raising concerns. She wrote that her decision not to wear the hijab during the competition was unintentional. Rekabi claimed that he returned to Iran with his team as planned.

It is not yet known if Rekabi was forced to upload the information to his Instagram story by Iranian officials or if he did so voluntarily.

The International Climbing Federation said in a statement that it was “fully aware of the news regarding Iranian athlete Elnaz Rekabi”.

“We understand that he has returned to Iran and we will continue to monitor the situation that develops upon his arrival,” the statement said, adding that it is “very important to emphasize that the safety of the athletes is of the utmost importance. for us and we support all efforts to protect participants.” our precious community in this situation.”

The controversy surrounding Rekabi’s fate comes amid massive protests in Iran against the government’s compulsory veiling for women.

The wave of protests was sparked by the death of Jina Mahsa Amini on September 16. The 22-year-old was arrested by the moral police for not wearing the hijab correctly.

The protests are the biggest challenge the Iranian regime has faced in years. Tehran’s response was to arrest the protesters. The New York-based Center for Human Rights in Iran reported on Tuesday that at least 215 people and 27 children had died in protests over Amini’s death.

The United States, the European Union, the United Kingdom, Canada and several other countries have imposed new sanctions on Iran for violating rights during the wave of protests. Meanwhile, Tehran views the protests as an attempt by the West to topple the regime.