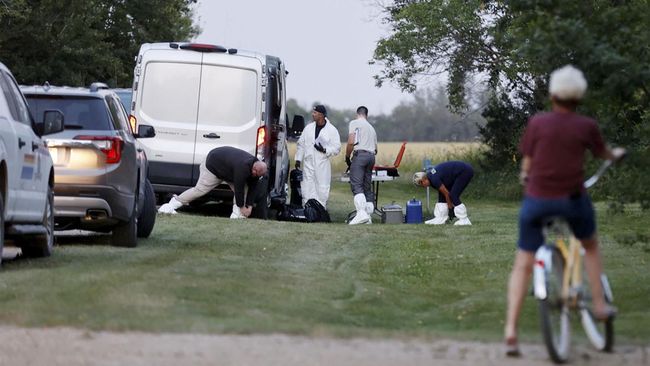 A slew of news grabbed international headlines on Monday (5/9), from a rocking 6.8 magnitude earthquake to China until one of the suspects in the mass stabs Canada found dead.

The Euro-Mediterranean Seismological Center (EMSC) detected the epicenter at a depth of 40 km.

The China Earthquake Network Center reported that the epicenter was in the city of Luding, about 226 km southwest of Chengdu.

It is the biggest earthquake in China since 2017.

Reuters reported that Trus bagged 57.4% of the vote in the vote, beating his rival, Rishi Sunak, who won 42.6% of the vote.

With the victory, Trus will replace Johnson, who resigned last July after being hit by a series of scandals.

Canadian police found one of the suspects in the Saskatchewan mass stabbing case, Damien Sanderson, dead on Monday (5/9).

Saskatchewan Police Assistant Commissioner Rhonda Blackmore said Sanderson was found injured. The wound would not have been self-inflicted.

Now they are still looking for another suspect who is Damien’s brother, Myles Sanderson.

“He [Myles] may have an injury and seek medical attention,” Blackmore said.

The two assailants carried out the stabbings in 13 different locations in Saskatchewan, killing 10 people and injuring 19 others.