Lost in Washington, Andy Murray aims for the top seed at the US Open 2022 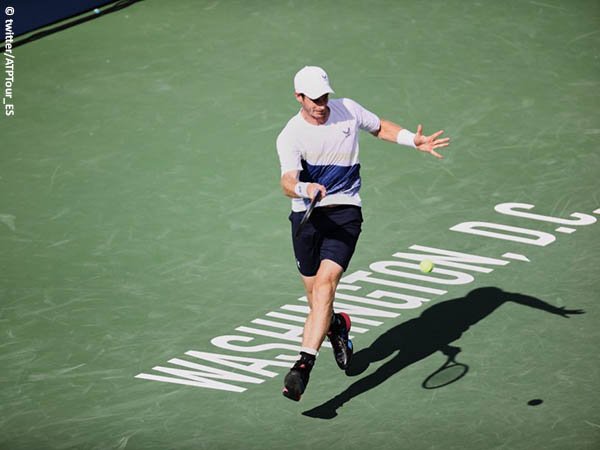 Tennis News: Andy Murray thinks he can be seeded at the US Open next month but admits he needs to do better after his loss in Washington this week.

The three-time Grand Slam winner lost his Washington Open opener in three sets to Sweden’s Elias Ymer. It was the first time he lost in the opening game of a tournament since January this season.

“The only positive thing is that I now have more time to prepare for the tournament in Canada,” Murray said. “I think if I can overcome the physical constraints that I had in the last tournaments, it will be a positive thing. For sure I have to deal with it now. The conditions are also difficult in Canada, in Cincinnati and in New York.”

So far in the 2022 season, the 35-year-old has gone 19-12, including reaching two finals in Sydney and Stuttgart. In total, he has won over 700 career wins and has beaten every member of the Big Three (Roger Federer, Rafael Nadal and Novak Djokovic) at least seven times.

The former world number 1 is currently ranked 50th in the world, but he could still be seeded at the US Open if he goes further in the Rogers Cup next week. He won the US Open in 2012, but hasn’t been seeded at the Grand Slam since 2016. In recent seasons, he’s been injured and has had two hip surgeries that allowed him to continue his career .

“It’s still possible for me to be seeded at the US Open. I just need to have a good tournament in Canada or Cincinnati,” Murray said.

“If I were to reach the quarter-finals or the semi-finals there, which doesn’t seem to be happening at the moment, after a loss like that, it doesn’t seem realistic. But I feel that if I play really well, I can do it. I definitely have to play better.”

Frustrated by his latest loss at the ATP tournament, the Briton is adamant he is on the right track as he aims to climb the ladder.

“At the moment I don’t see a lot of positives. I arrived quite early to try to prepare as best I can to give myself a chance to play well. Obviously I feel I can do better” , Murray said.

The British tennis player hasn’t won a single title since becoming champion in Antwerp in the 2019 season.