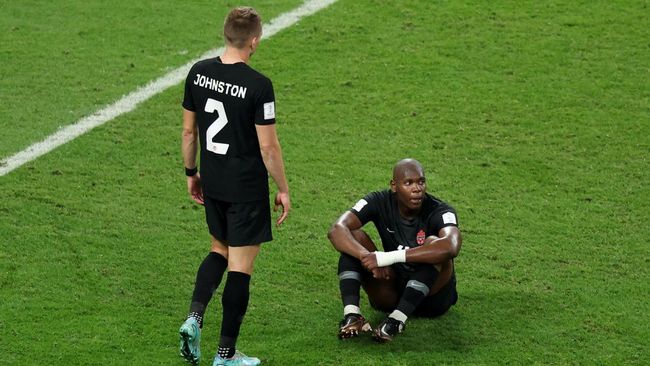 Several teams failed to qualify for the Round of 16 World Cup 2022. Here are the eliminated teams.

Host country Qatar have swallowed the harsh reality of being the first team to be knocked out of the World Cup. Qatar suffered the first two matches with defeat at hand.

After losing 0-2 to Ecuador, Qatar lost again to Senegal 1-3. Provided the Netherlands and Ecuador already have four points by then, Qatar is certain to be eliminated before the start of the third game.

Canada then became the second team to be eliminated from the 2022 World Cup. Canada lost 1-4 to Croatia in the second game on Sunday (27/11).

Canada had scored the opening goal through Alphonso Davies as the match entered the second minute. But the early goal was not enough for Canada to surprise Croatia.

Before losing to Croatia, Canada also lost 0-1 to Belgium in their first game. Thus, Canada did not earn any points from the two games it played.

In Tuesday’s match (29/11), Ecuador became the next team to be eliminated from the 2022 World Cup. Ecuador lost to Senegal 1-2, so they had to occupy third place in Group A.

From Group B, Iran and Wales are the two teams that have to carry their luggage. Iran lost 0-1 to the United States in the deciding game while Wales lost 0-3 to England while forcing them to accept the last position.

List of national teams eliminated at the 2022 World Cup