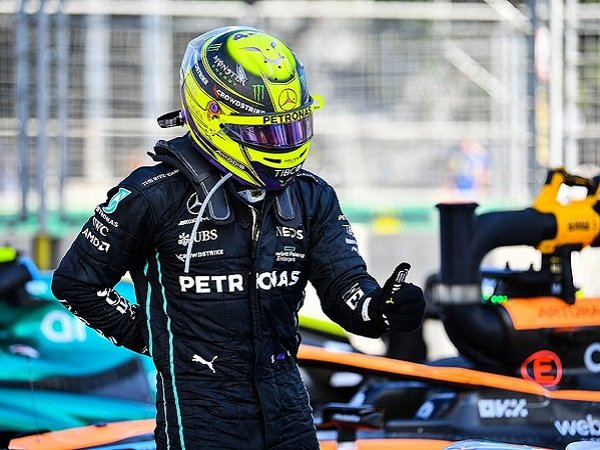 F1 News: Lewis Hamilton is known to have back pain due to a porpoise problem that plagued his Mercedes W13 again at the Azerbaijan Grand Prix weekend.

Lewis Hamilton looked tough trying to get out of the car after struggling to secure fourth place at the Azerbaijan Grand Prix. Baku’s road circuit seems to have made the porpoising effect on its land jet even more pronounced.

The British driver did not deny having suffered a lot throughout the race. Despite everything, he still works hard to achieve his goal.

“I just held back and gritted my teeth because it hurt, and the adrenaline (helped),” he said, as quoted by Motorsport.com.

Seeing the driver’s gesture, Mercedes boss Toto Wolff is increasingly aware that the impact of porpoising should not be ignored.

“The conditions are very bad. We just have to find a solution. At this stage, I think he is probably the most affected than any other driver.”

“But almost everyone, as far as I know of runners, says something had to happen,” he added.

Asked if he was worried Hamilton would miss the Canadian Grand Prix being held this weekend if his back condition didn’t improve, Wolff said yes.

“Yeah sure. I didn’t see him and didn’t talk to him after the race, but you can see it’s not about muscles anymore.”

“I mean, it hits the spine and can have certain consequences,” he explained.

Mercedes itself is awaiting reports regarding Lewis Hamilton’s condition to determine next steps. The Silver Arrows could field Stoffel Vandoorne or Nyck de Vries as the German manufacturer’s reserve driver to replace Hamilton.

“I don’t think it’s just Lewis’ problem. He was probably the one who felt the worst. But in general it affects George and the others as well,” he revealed.

“The solution could be to put someone in reserve, which we have in every race, to make sure our car keeps going,” added Wolff.

Meanwhile, through his personal social media accounts, Hamilton has confirmed that he will not just let the pain go.

“Thanks for the love, see you next week,” he wrote.