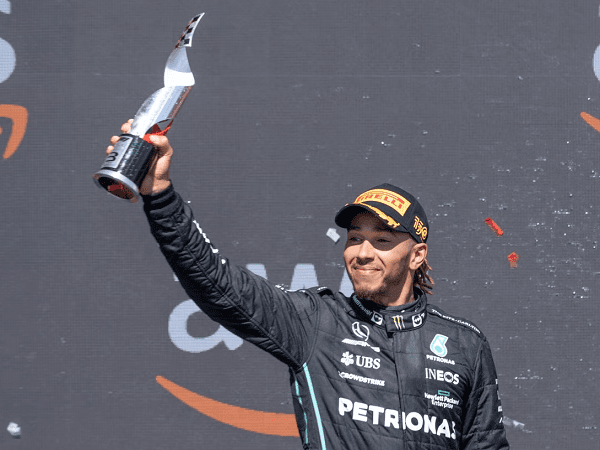 F1 News: Mercedes AMG driver Lewis Hamilton is happy after finishing third in the Canadian F1 GP event on Sunday (6/19) local time. This achievement is considered quite good given that Mercedes is still haunted by porpoising issues in the 2022 season.

Throughout this season, the performances of Lewis Hamilton and Mercedes have been far from satisfactory. The driver, who is in tandem with George Russell, has seen a drastic drop in performance compared to last season. The W13 car also had a porpoising problem which made Hamilton uneasy. After working hard all weekend in Montreal, it’s no wonder Hamilton was relieved after finishing third on the podium. Although he was far behind Max Verstappen and Carlos Sainz Jr, this result was enough to put a smile on Hamilton’s face.

“To be honest, it’s quite extraordinary to be third here. This year has been a big battle with the car and as a team. But we keep working hard, focusing and never giving up,” Hamilton said in an interview with local media.

“It’s something I’m very proud of and I’m inspired by my team. So thank you to everyone here and at the factory. They (Red Bull and Ferrari) are a bit too fast for us at the moment. I gave everything but we are getting closer so we have to keep trying harder. Hopefully we can fight with these two teams soon.”