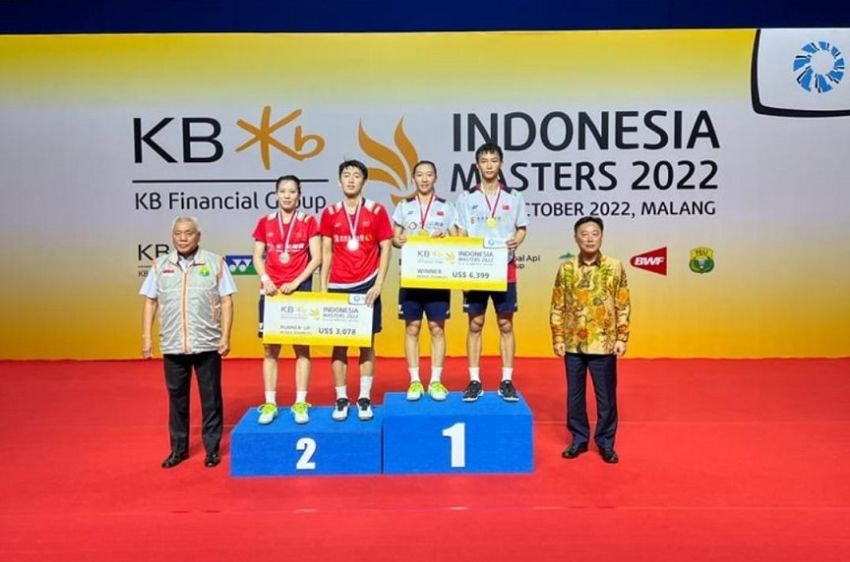 Acting as the main sponsor, the KB Financial Group Indonesia Masters 2022 tournament itself is a championship which is included in the schedule of the Badminton World Federation (BWF).

At the height of the event of the tournament, namely during the final match which took place on October 23, 2022, the chairman and director of KB Bukopin, Woo Yeul Lee, had the opportunity, as a representative of KB Financial Group in Indonesia, to present medals to the winners of the tournament. at the winners announcement ceremony.

On the same occasion, the management of KB Bukopin expressed their gratitude to KB Financial Group as the ultimate shareholder of KB Bukopin, BWF, PBSI, the athletes involved, badminton lovers and all Indonesians who supported the success of this event.

Meanwhile, Indonesian Badminton Association (PBSI) Central Board Daily Chairman Armand Darmaji said Malang was chosen as the host city because of its strong sporting atmosphere. “Thank you to all the people and badminton fans who came out to watch and cheer, especially for the hosts,” he said.

KB Financial Group is known to have close cooperation and relationship with badminton, this is proven by the main sponsorship contract with the South Korean national badminton team. KB Financial Group’s role in implementing the 2022 Indonesia Masters Tournament is one of the efforts to strengthen diplomatic relations between South Korea and Indonesia through the sports tournament.

“As part of the 50 years of diplomatic relations between the Republic of Korea and Indonesia which will take place in 2023, we will actively support the development of badminton in each country and players from all over the world to show their skills,” said the direction of KB Bukopin.

Through this event, KB Financial Group hopes to further strengthen the brand and its subsidiaries, in particular KB Bukopin in Indonesia. KB Bukopin itself is transforming its brand as majority ownership moves to KB Kookmin Bank.

The presence of KB Financial Group is expected to bring the Korean wave to KB Bukopin to get actively involved in various activities carried out in Indonesia at the national and international levels. The focus of the vent is not limited to sports tournament performances, in the future KB Financial Group plans to hold K-POP concerts and sponsor sports stars in Indonesia to further enhance brand image. of KB in Indonesia.