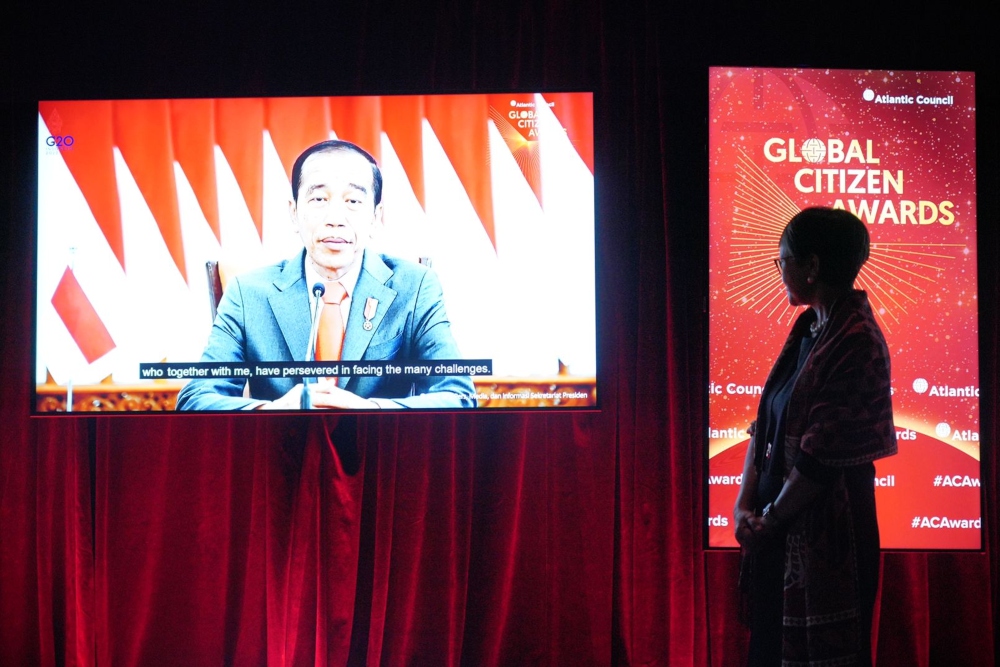 According to the Ministry of Foreign Affairs of the Republic of Indonesia on Tuesday (20/09/2022), Jokowi said the award is dedicated to all Indonesians.

Jokowi was recognized for his leadership as G20 Chairman, for reducing the impact of war in Ukraine, and for his broad support in promoting the realization of human rights, democracy and a better global health architecture.

On the same occasion, WEF Executive Chairman Klaus Schwab praised Jokowi’s achievement as he was seen as capable of leading the Indonesian people as well as a leader who has a global outlook, promoting world peace and prosperity.

The reception of the award for President Jokowi was represented by Indonesian Minister of Foreign Affairs (Menlu) RI Retno Marsudi.

“President Joko Widodo is the embodiment of the spirit that Indonesia wants to project to the world, namely the paradigm of working together, building bridges and being part of the solution,” Retno said.

As we know, the Global Citizen Award is an annual event organized by the Atlantic Council on the sidelines of the United Nations General Assembly in New York. Awards are given to personalities considered to be making a real contribution to the world.