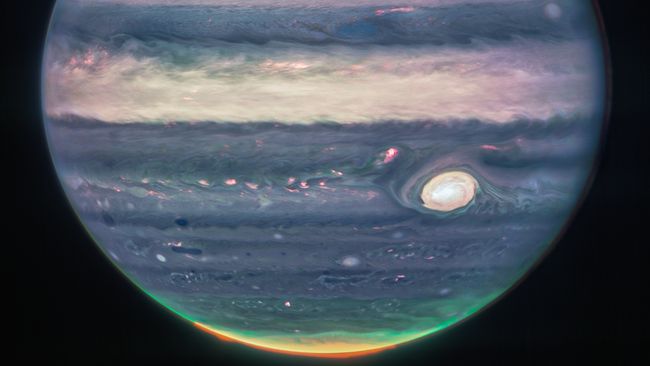 The latest images captured by NASA’s most advanced telescope would provide many clues to the mysteries inside this gas giant planet.

“To be honest, we didn’t really expect it to be this good,” said Imke de Pater, planetary astronomer and professor emeritus at the University of California, Berkeley.

Reported on the site NasaDe Pater led the observations of Jupiter with Thierry Fouchet, professor at the Paris Observatory, as part of an international collaboration for the Webb Early Release Science program.

“It’s amazing that we can see the details of Jupiter with its rings, its tiny satellites and even its galaxies in a single image,” said De Pater.

The two images captured by the Webb Telescope come from the observatory’s near-infrared camera (NIRCam), which has three special infrared filters that show detail about the planet.

Once converted, the scientists then worked with resident scientist Judy Schmidt to translate the Webb data into images.

The aurora shines in the filter which is converted to a redder color. This color of light is also produced from the reflection of lower clouds and upper fog.

Meanwhile, other parts show yellow and green colors that indicate fog is swirling around the north and south poles. Next, the third section is mapped in blue, showing light reflected from the deeper main cloud.