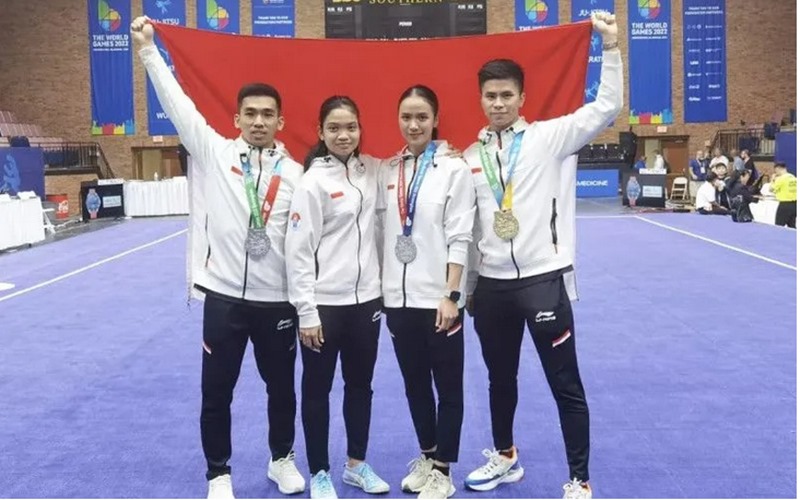 Indonesia, which had previously won a gold and a silver medal, closed the final day’s match with an additional silver thanks to female wushu athlete Nandira Mauriskha of number Cangquan.

Wushu Chin athlete Lai Xiaoxiao is entitled to a gold medal after performing moves with a high level of difficulty. While the bronze medal went to Michele Santos from Brazil.

The acquisition of a gold and two silver medals is better than the previous edition at the 2013 World Games in Colombia where Lindswel Kwok won 1 gold medal and Ivana Ardelia Irmanto only obtained 1 a bronze medal.

Meanwhile, China still dominates wushu at the 2022 World Games with 4 gold medals, while the United States is in second place with 2 gold medals.

“Meanwhile, Alisyah Mellynar still looks like she’s got stage fright because her moves are still moving when she performs Taijijian and Taijiquan numbers. It’s completely understandable because Alisyah is a junior athlete who entered in the senior year and just participated in the World Wushu Championships for the first time,” Iwan Kwok said in a written statement in Jakarta on Thursday.

Meanwhile, Indonesian wushu coach Novita said she will hire a psychologist to train athletes who will compete in international championships. In addition to mental preparation, physical preparation must also be improved, as well as the improvement of movement.

“Chinese wushu athletes always seem to perform high level of difficulty movements perfectly. It’s a challenge for us to better prepare them when they perform similar moves with the aim of achieving feats at the 2022 Asian Games in Hangzhou,” he explained.

The World Games are a four-year international multi-sport event that takes place in sports and disciplines not contested at the Summer Olympics.