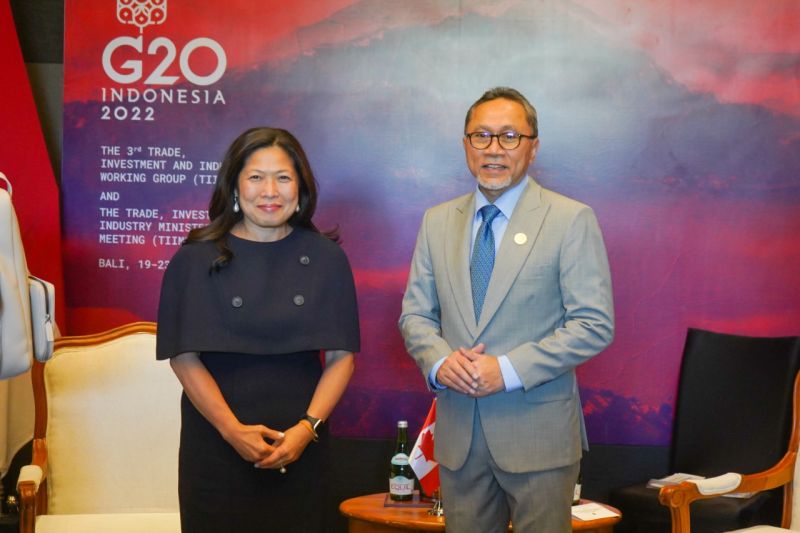 Canada actively participates in the CPTPP at all levels to advance the implementation and expansion of the Agreement through the admission of new members.

Minister Mary Eng will travel to Jakarta, Indonesia, October 10-12, where she will meet with Indonesian government partners and representatives from Southeast Asian Nations (ASEAN) to promote trade and development relations. Canada’s investment in the Indo-Pacific region. The Canadian Embassy in Jakarta said in a statement Friday.

According to the Embassy, ​​during her visit, Mary Ng will engage with businesses, including women entrepreneurs, to promote bilateral trade and commercial relations between Canada and Indonesia.

To this end, Mary Ng will also discuss the status of negotiations on the Canada-Indonesia Comprehensive Economic Partnership Agreement (APEC) and the Canada-ASEAN Free Trade Agreement (FTA).

During the meeting, Mary Ng will focus on improving Canada’s trade diversification strategy and economic resilience, while advocating for the strengthening of the rules-based international trading system.

Before leaving for Indonesia, he will travel to Singapore on October 7 and 8 to attend the meeting of the Committee on the Comprehensive and Progressive Agreement for Trans-Pacific Partnership (CPTPP).

The minister will continue to promote Canada’s interest in diversifying trade with key world markets and supporting an efficient, open, inclusive and rules-based global trading system, the embassy statement said.

“Canada is actively participating in the CPTPP at all levels to advance the implementation and expansion of the agreement through the accession of new members,” he said.