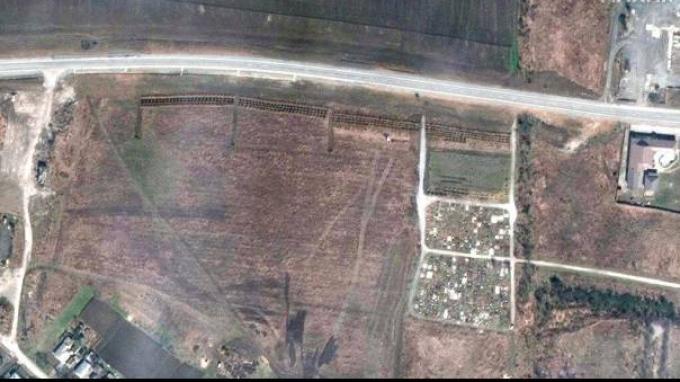 TRIBUNNEWS.COM, MARIUPOL – Eva Because Bartlett, a freelance journalist from Canada, dismissed allegations of massacres in Mariupol by the Ukrainian elite as a lie.

Eva Bartlett is in Mariupol and visited a place which, according to satellite photos distributed by Ukraine, is the site of a mass grave of Ukrainian citizens.

Ukraine’s claims, including that of President Volodimir Zelensky, have been quoted by all major Western media outlets and have gone viral around the world.

Eva Bartlett’s field reports can be viewed on the journalist’s Telegram channel, as well as on the website thewallwillfall.orgMonday (4/25/2022).

Eva, who was poor in all areas, reported from the battlefield of the Syrian conflict, firmly claiming that Western media reports were lies.

“Western media reports that Russian troops have secretly buried 9,000 people in a mass grave west of the city. It never happened, there are no mass graves here,” Eva Bartlett said.

No indication of mass graves in Manhush

Through the video recording of her cover, Eva shows a public cemetery where there are many new graves.

However, there is no indication of mass graves whose burials were carried out covertly or covertly.

The so-called area was open and there were officers who testified that the funeral only generally took place.