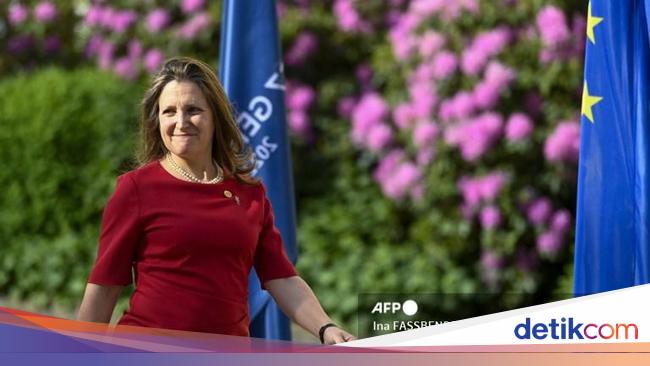 Canadian Finance Minister Chrystia Freeland said Russia’s attendance at the G20 finance ministers meeting in Bali, overshadowed by its invasion of Ukraine, made no sense. He said Russia’s presence only exacerbated the problem.

Reported by AFP on Sunday (17/7/2022), the two-day event attended by the country’s finance ministers discussed solutions to the food and energy crisis caused by the war. Freeland said his government protested the meeting, saying it didn’t even want Russia there.

“Russia’s presence at this meeting is like inviting the arsonists to a meeting of firefighters,” he told a news conference by phone from Bali.

“It’s because Russia is directly and solely responsible for the illegal invasion of Ukraine and its economic consequences, which are felt by all of us,” Freeland said.

“We are clear and explicit that Russia’s involvement is inappropriate and frankly unreasonable,” said Freeland, who is also a Canadian-Ukrainian-born deputy prime minister.

He said Russian technocrats working to fund the war launched by President Vladimir Putin were as involved in war crimes as the generals on the ground attacking Ukraine. Freeland also defended Canada’s decision to allow the return of the turbines to Germany, which were repaired in Canada for use in the Nord Stream 1 pipeline that carries Russian gas to Europe. Ukrainian President Volodymyr Zelensky strongly condemned this decision.

“The energy challenges facing Germany and many of our European partners are very real. And Canada recognizes that,” he said.