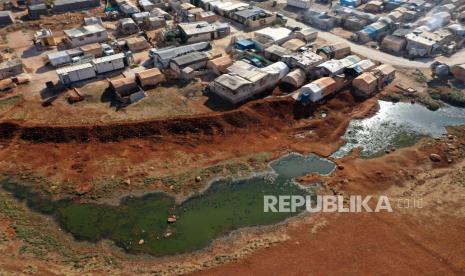 In four years, only a handful of women and children had been sent home.

REPUBLIKA.CO.ID, OTTAWA — Canada will repatriate 23 of its citizens held in camps for the families of ISIS members in Syria. This will be the largest repatriation of families of IS members to Canada.

In its announcement on Friday (20/01/2023), the Canadian Ministry of Foreign Affairs (Kemenlu) announced that it would repatriate six Canadian women and 13 babies. There are four men canadian also asked to be fired.

Their families took the government to court. According to them, the four men must be repatriated given the existence of the Canadian Charter of Rights and Freedoms.

The court later ruled that the four men should also be repatriated by the government. “I spoke to their parents and they are very, very happy,” said Barbara Jackman, a lawyer for one of the men.

The Canadian Department of Foreign Affairs emphasizes that the safety and security of Canadian citizens is the government’s top priority. “We continue to assess the provision of extraordinary assistance on a case-by-case basis, including repatriation to Canada, in accordance with the policy framework adopted in 2021,” the Canadian foreign ministry said.

Canadian authorities have not announced when the 19 women and their babies will be repatriated from Syria. Meanwhile, according to the head of the repatriation group to Canada, Farida Deif, there has been no notification that four men will be repatriated. It is not yet known whether some of those sent home will face legal action for their links to the Islamic State.

So far, Canadian Prime Minister Justin Trudeau’s government has dealt with ISIS families detained in Syria on a case-by-case basis. In four years, only a handful of women and children had been sent home.

According to Human Rights Watch, since the collapse of ISIS in 2019, more than 42,400 foreign adults and children suspected of having ties to ISIS are being held in camps in Syria. Their repatriation is a sensitive issue in many countries. But many rights groups have criticized their reluctance to repatriate their own citizens.