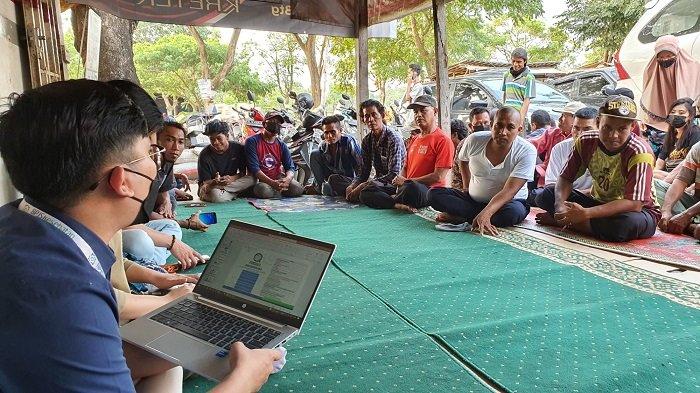 PT Plastic Bank Indonesia is a subsidiary of Plastic Bank Recycling Corporations which was established in Canada with a mission to reveal the value of plastic which is still considered waste.

Meanwhile, non-monetary incentives, Syifa continued, provide him with significant benefits for their lives.

“One of them is the provision of health insurance by paying collectors’ JKN-KIS dues,” he said.

Syifa added that so far, PT Plastic Bank Indonesia has registered and paid contributions for 1,188 people under the JKN-KIS scheme. This figure includes family members of collectors.

“Through this collaboration with BPJS Kesehatan, PT Plastic Bank Indonesia hopes that this donation program will have many positive impacts for those in need,” he said.

To provide knowledge to representatives of plastic waste collectors in the Banten region, PT Plastic Bank Indonesia organized a socialization of the JKN-KIS program by involving BPJS Kesehatan Tigaraksa branch.

BPJS Kesehatan Tigaraksa Branch Manager Sudiyanti expressed his gratitude for PT Plastic Bank Indonesia’s support for the JKN-KIS program. The JKN-KIS program has become an integral part of the life of the Indonesian people, so it is necessary to internalize the JKN-KIS participants.