Asked about Nova, Ryan Gosling even wants to be Captain Canada 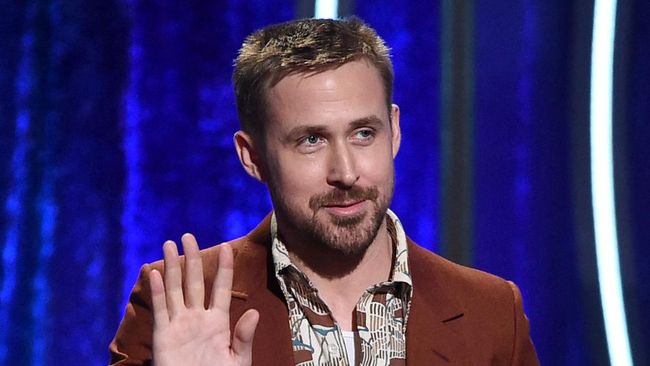 Instead of confirming rumors of involvement as Nova in the Marvel Cinematic Universe, Ryan Gosling instead of jokingly waiting for a call to become Captain Canada.

“I don’t know anything about Nova, if that’s what you want to ask me. It’s not important. I’m not cut out for this,” he explained to Josh Horowitz, reported by Indie Wire, Tuesday (19/7).

“But I would love to do it. It’s for, what’s the name [superhero] other? I’m expecting a call for Captain Canada,” he continued jokingly.

Born in Ontario, Canada, Gosling is known for a variety of roles in independent and successful films across many genres.

Gosling’s latest role is The Gray Man, which casts him as a fugitive from the CIA to escape pursuit from his co-star, Chris Evans, who was previously well known for playing Captain America.

Meanwhile, the character Captain Canada is a superhero created by NTV of Canada based in Newfoundland. Captain Canada first appeared in comic books created by Geoff Stirling, Scott Stirling and Danny Bulanadi in the 1970s.

In the same conversation, Gosling also expressed his desire to play the Ghost Rider if involved in the MCU franchise.

Through the news that was first leaked by Horowitz, Gosling said his hands are open to taking on the role of one of these Marvel characters.

“This morning Ryan contacted me and told me there was a superhero he wanted to play which was Ghost Rider,” Josh Horowitz said in this news Tuesday (12/7) the week last.

The Ghost Rider character is a character first created by Roy Thomas, Gary Friedrich, and Mike Ploog in the Marvel Spotlight #5 comic book in 1972. The original version of Ghost Rider was a stuntman named Johnny Blaze.

The character was later adapted into two non-MCU films starring Nicolas Cage in 2007 and 2012, which Gosling’s wife Eva Mendes starred in.

In October 2021, Marvel reportedly began planning a Nova movie that will be part of the MCU. The film is said to focus on a superhero named Nova who is a member of the intergalactic police force called Nova Corps.

Nova first appeared in a fanzine or fan media publication titled Super Adventures in 1966. Nova’s appearance continued in a comic strip titled The Man Called Nova #1 which was published in September 1976. there is.

Nova possesses a number of abilities similar to most superheroes, including flight, super speed, super strength, and super stamina. He also has the ability to open wormholes.