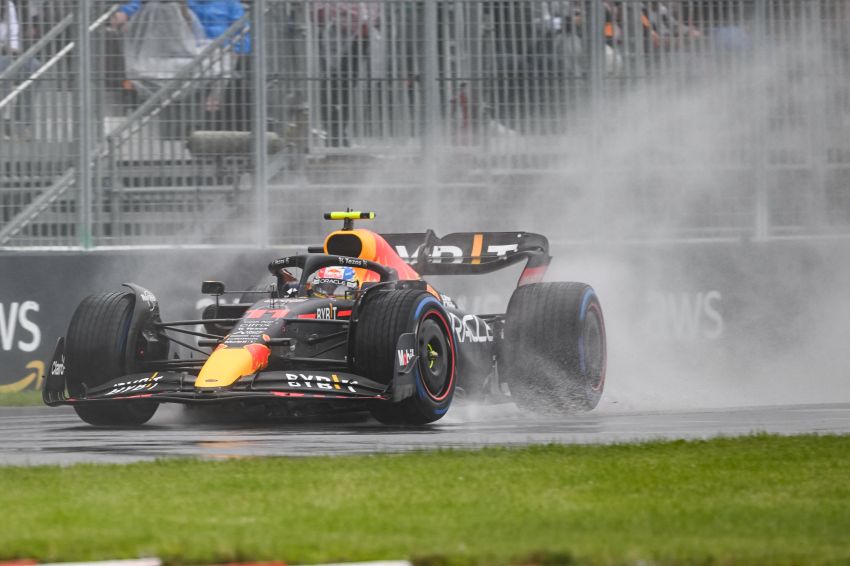 Sergio Perez is very sorry for making a mistake that led to an accident during qualifying for the 2022 Canadian GP. He is ready to make up for it by earning points. Photo: David Kirouac – USA TODAY Sports

MONTREAL – Sergio Perez very sorry for having made a mistake which led to an accident during qualifying for the 2022 Canadian GP. He confirmed that he was ready to make up for it by collecting points at Circuit Gilles Villeneuve.

Read also: Francesco Bagnaia reveals his strategy ahead of the MotoGP of Germany 2022

Perez must have bad luck in the qualifying session for the 2022 Canadian GP or rather in Q2. The Red Bull Racing driver had an accident after crashing into the separation wall, so the red flag had to be raised.

As a result of the incident, Perez was eliminated from the Q2 session and had to settle for the start of the Canadian GP race on Monday (20/6/2022) early in the morning from 13th position.

This contrasts with his teammate, Max Verstappen, who claimed pole position after clocking a time of 1 minute and 21.299 seconds.

Perez said he was very disappointed. The Mexican rider admitted that the accident was purely his fault. He was truly sorry for letting his team down.

“An error happened because of me, so I’m really sorry for my team. I let them down today,” Perez said as quoted by Sky Sport.

“I thought about later and hopefully I can recover and get a strong point,” continued the former Force India driver.

Perez then revealed what caused him to hit the track’s dividing wall. The 32-year-old admits he’s lost focus.

“I had no trouble braking. It was pretty cold and I got stuck in the turn 10 laps before. Maybe a little less focused because when I came into turn three I felt like a passenger as soon as I hit the brakes,” he said.

Therefore, Perez insists he will make up for his mistakes by giving his best in the 2022 Canadian GP race. At least he can get points.

“It can be tricky and difficult in the rain, but it’s all my fault. I’ll try to minimize the damage and attack from the first lap and see where I end up.”