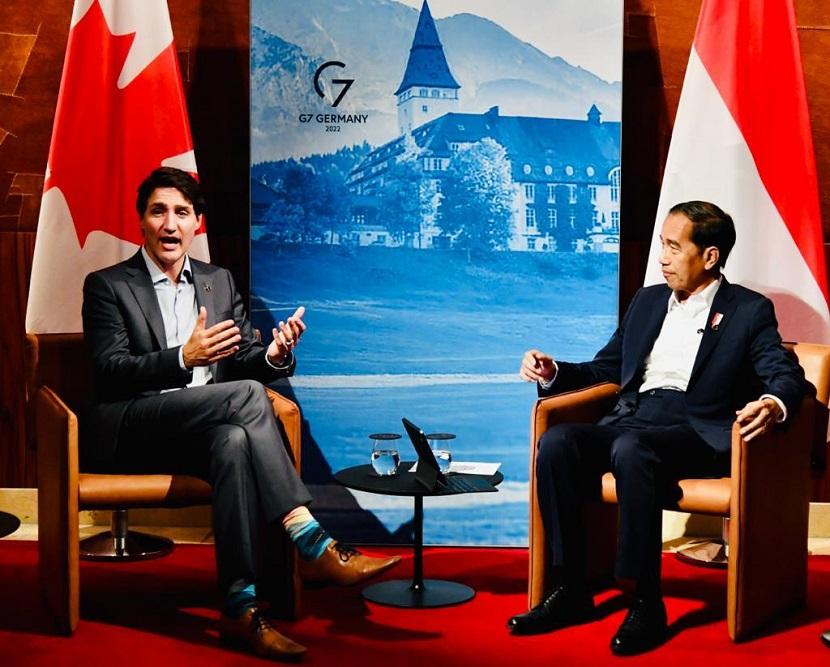 REPUBLIKA.CO.ID, JAKARTA — President Joko Widodo (Jokowi) is very determined to continue improving cooperation between Indonesia and Canada in the future. This was conveyed during a bilateral meeting with the Prime Minister Canada Justin Trudeau on the sidelines of the G7 summit in Elmau, Monday (6/27/2022).


Therefore, to continue to strengthen economic cooperation, President Jokowi has pushed for the completion of ICA-CEPA negotiations in 2023, which will send a positive signal to Indonesian and Canadian businesses.