3 weaknesses of Curaçao that Indonesia can exploit 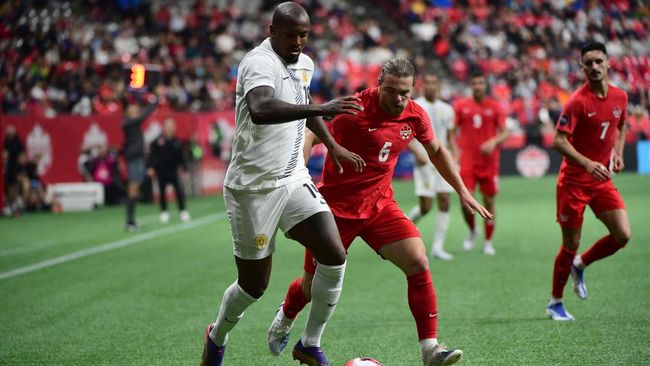 The Indonesian national team will face Curaçao in a test match on the FIFA Matchday agenda for the period of September 2022. The Indonesia vs. Curaçao match will be played twice.

The first match will be held at Gelora Bandung Lautan Api Stadium (GBLA), Bandung on Saturday (24/9).

Meanwhile, the second Indonesia vs Curacao fixture will be held at Pakansari Stadium, Cibinong on Tuesday (9/27).

Curacao was chosen as a test opponent by Indonesia because Shin Tae Yong needed a tough opponent to prepare for the 2022 AFF Cup and 2023 Asian Cup.

This match can be a good opportunity for Shin Tae Yong to measure and test the strength of the Indonesian national team.

Because Curaçao is no random opponent. Currently, CONCACAF member countries are bolstered by a number of players who have careers in the English League and the Dutch League.

Curacao is also now ranked 84th in FIFA. Meanwhile, the Indonesian national team is currently ranked 155th in the world which is 71 places behind Curacao.

This match against Curaçao should be used by Indonesia to improve the FIFA ranking. Here are three Curaçao weaknesses that Indonesia can exploit.

Curaçao’s defense showed a less solid performance. Especially in the last three matches in 2022, against Canada on June 10, 2022 and twice against Honduras on June 4 and 7, 2022.

In three CONCACAF Nations League 2022 matches at the start of June 2022, the Curaçao national team defense seemed very easily penetrated by the opposition.

As a result, against Canada, Curaçao lost 0-4. Canada’s four goals were created through different processes. Canada’s first goal against Curaçao came with a penalty, a header and two assists open game.

Then against Honduras, Curaçao conceded on free kicks and open play.

Continued on next page…